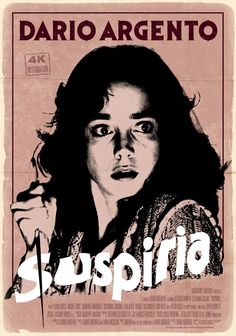 But JD were a remarkable band and soon grew out of their punk roots, while their lead singer Ian Curtis was a mesmerising frontman. His wild dancing and manic stage presence owed a lot to pre-punk hero Iggy Pop, but there were darker influences, too. Curtis worked at the Job Centre in his hometown of Macclesfield, Cheshire, finding positions for people with special needs. One of his clients was a girl with epilepsy. At one point in 1978, Curtis noticed that the girl had stopped coming into the department. He later discovered she’d had a fit in her sleep and had tragically died. The incident inspired Curtis to write a new song about the girl: She's Lost Control. This was distressing enough, but what made things worse was that Curtis himself had developed the symptoms of epilepsy himself. Joy Division made the long trip to London on 27 December 1978 for their first gig in the capital, but the show was poorly attended.

Feeling negative about the situation, Curtis lashed out at the other members of the band on the drive back to Manchester - literally. H.264 Codec Sony Vegas 7 there. As it transpired, he was having what appeared to be an epileptic fit. The other members of Joy Division - guitarist Bernard Sumner, bassist Peter Hook and drummer Stephen Morris - took their bandmate to a nearby hospital, where Curtis recovered. He was told to go and see his doctor when he returned home.

On 23 January 1979, at an appointment at Macclesfield Hospital, it was confirmed: Ian Curtis had epilepsy. The news was devastating and meant that Ian had to change his lifestyle and take medication to control the fits. His new life as a rock star was put in doubt as late nights and alcohol didn’t mix with the meds. A week later, at the BBC’s studios in London, Joy Division recorded She’s Lost Control for their first John Peel radio session. The band opened with the song when they supported The Cure at London’s Marquee club on Sunday 4 March. She’s Lost Control became one of Joy Division’s key tracks: it opened the second side of the band’s debut album Unknown Pleasures in June 1979, its menacing synth drum adding a queasy layer to the sounds of distress and panic. When Curtis performed the song, his wild dancing now took on the appearance of a man literally out of control.